The boxing and MMA world has paid tribute to Patrick Day, who died from injuries sustained in the ring on Saturday night.

Frank Bruno, Gennady Golovkin and Gervonta Davis are among those to share their condolences to the family of the 27-year-old American, who suffered a traumatic brain injury in his knockout defeat to Charles Conwell in Chicago.

“In a business of s***heads and frauds you were always genuine, honest and real. Both in and out of the ring. You’ll be missed Champ,” former boxer Paulie Malignaggi tweeted.

“Sadly, Patrick Day has lost his toughest fight. Like every man who climbs through the ropes chasing the glory, he risked it all,” said the British boxing legend.

We are deeply saddened to hear about the tragic passing of Patrick Day. The thoughts and condolences of all at Queensberry Promotions are with his friends and family at this awful time. 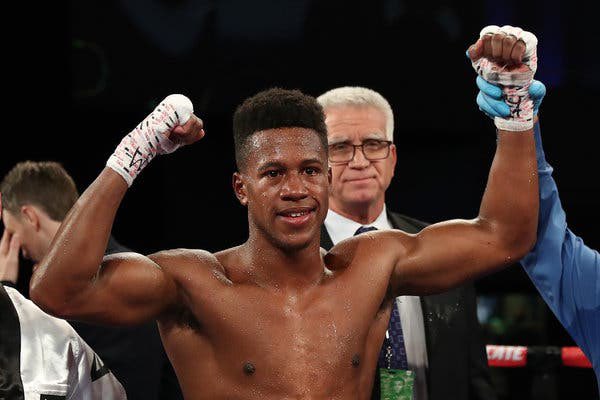 37 people are talking about this

Patrick Day’s death has got me fucked up ,I followed him on Instagram and observed his training from the outside . Seemed like a genuinely great soul with an incredible spirit and outlook on life . His message leading up to his death was to live fully . I will Pat thank you

417 people are talking about this

This is very sobering. Sadly, Patrick Day has lost his toughest fight.

Like every man who climbs through the ropes chasing the glory, he risked it all.

My thoughts & condolences are with his friends and family at this very tough time. May he rest in eternal peace.

178 people are talking about this

Day was beaten in the final round of their ten-round super-welterweight battle at the Wintrust Arena and never regained consciousness from the KO.

He underwent emergency surgery and was in a coma until passing away.

A statement from his promoter Lou DiBella said: “Patrick Day passed away today, October 16, 2019, succumbing to the traumatic brain injury he suffered in his fight this past Saturday, October 12, at the Wintrust Arena in Chicago, IL.

“He was surrounded by his family, close friends and members of his boxing team, including his mentor, friend and trainer Joe Higgins.

“On behalf of Patrick’s family, team, and those closest to him, we are grateful for the prayers, expressions of support and outpouring of love for Pat that have been so obvious since his injury.

“Before establishing himself as a world class professional fighter, Pat was a highly decorated amateur.

“He won two Nationals titles, the New York Golden Gloves tournament and was an Olympic Team alternate, all in 2012.

“He was also a dedicated college student, having earned an Associate’s degree in Food and Nutrition from Nassau Community College and, subsequently, a Bachelor’s degree in Health and Wellness from Kaplan University.

“He was a son, brother, and good friend to many. Pat’s kindness, positivity, and generosity of spirit made a lasting impression with everyone he met.

“During his short life, boxing allowed Patrick to impact many communities, both big and small. In his hometown of Freeport, Long Island, he was a beacon of light and the star pupil at the Freeport PAL, the gym he trained in from the moment he began boxing until the last bout of his career.

“He was recognized as one of Long Island’s finest professional fighters for years. He was a fixture in the boxing community throughout New York City.

“Patrick was even known in Japan, which he visited to spar with his friend and colleague, world champion Ryota Murata.

“Patrick Day didn’t need to box. He came from a good family, he was smart, educated, had good values and had other avenues available to him to earn a living.

“He chose to box, knowing the inherent risks that every fighter faces when he or she walks into a boxing ring. Boxing is what Pat loved to do. It’s how he inspired people and it was something that made him feel alive.

“It becomes very difficult to explain away or justify the dangers of boxing at a time like this. This is not a time where edicts or pronouncements are appropriate, or the answers are readily available.

“It is, however, a time for a call to action. While we don’t have the answers, we certainly know many of the questions, have the means to answer them, and have the opportunity to respond responsibly and accordingly and make boxing safer for all who participate.

“This is a way we can honor the legacy of Pat Day. Many people live much longer than Patrick’s 27 years, wondering if they made a difference or positively affected their world.

“This was not the case for Patrick Day when he left us. Rest in peace and power, Pat, with the angels.”

Our deepest condolences to the family, friends and the team of Patrick Day. Rest In Peace Pat.

545 people are talking about this

41 people are talking about this

Devastated to hear the news of the passing of Patrick Day.I met him for the first time last Thursday,what a charming young man with a dream and a smile that lit up the room.Our deepest prayers are with his family, his trainer Joe Higgins,Charles Conwell and promoter Lou DiBella

2,014 people are talking about this

It is with the deepest sadness that I share the following statement on Patrick Day. https://conta.cc/2IYuQGu

Devastating news. Thoughts and prayers with his family and friends at this time, and also his opponent. Heartbreaking for everyone involved

201 people are talking about this

Thoughts and prayers with his family, friends and his opponent, Charles Conwell.

34 people are talking about this

Another sad day for the boxing world. Our sincere condolences to the family of Patrick Day 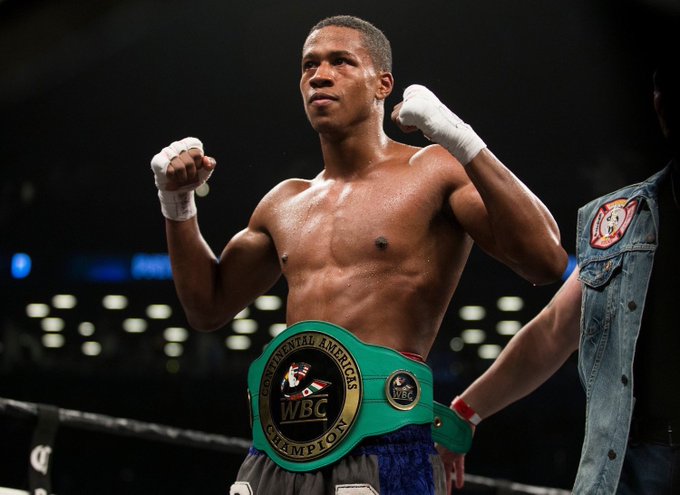 52 people are talking about this

Woke up to truly heartbreaking news that Patrick Day has passed away! So very very sad… Rest easy champion..