The story coming into the UFC 250 pay-per-view battle between Sean O’Malley and Eddie Wineland was that it would be the biggest step up in competition for O’Malley to date. The 25-year-old was more than up to the challenge, putting Wineland to sleep with a brutal straight right hand less than two minutes after the fight began.

The bantamweight fight was the first of three in the division on the PPV broadcast from the UFC Apex facility in Las Vegas. With division champion Henry Cejudo retiring and leaving the title vacant, the fights carried extra meaning. Knowing this, O’Malley (12-0) was looking to make a statement against former WEC champion Wineland (24-14-1), and he did just that, moving quickly from the opening bell and softening up Wineland with shots to the body.

After cracking Wineland with an overhand right, O’Malley feinted with an uppercut before letting loose with another overhand, this one crashing clean to Wineland’s jaw. There was no doubt the shot had ended the fight and O’Malley walked away without any follow up shots, leaving Wineland literally snoring on the canvas at the 1:54 mark of Round 1.

Can’t get enough UFC? Subscribe to our podcast State of Combat with Brian Campbell where we break down everything you need to know in the Octagon, including a complete recap of all the action from UFC 250 in Las Vegas. 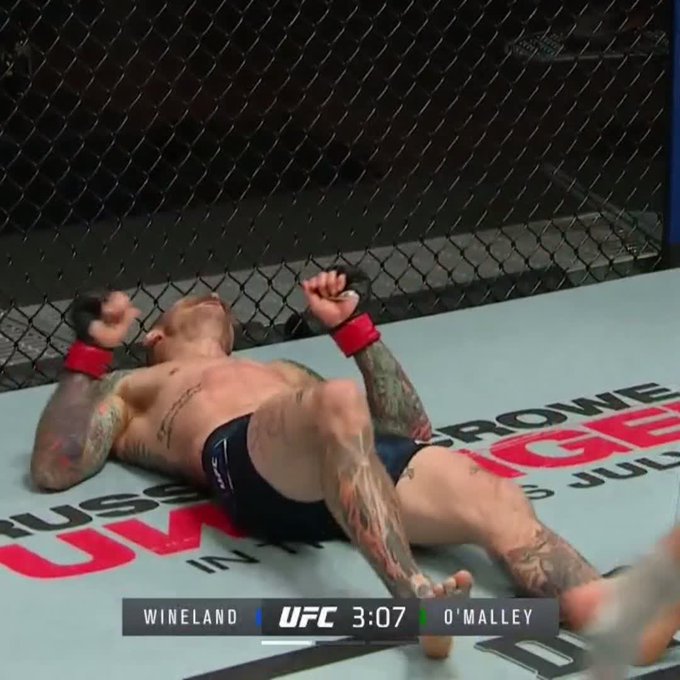