Amanda Nunes entered the Octagon at UFC 250 as a massive favorite in her main event featherweight title defense against Felicia Spencer. Nunes, unquestionably the greatest fighter in the history of women’s mixed martial arts, showed exactly why over the course of 25 minutes in dominating Spencer to retain her featherweight title and further cement her legacy as the G.O.A.T.

Nunes, who also holds the UFC bantamweight championship, wasted little time establishing her dominance in the fight, throwing a variety of strikes and landing almost every one of them. Spencer’s best path to victory coming into the fight seemed to be working the grappling game. She attempted seven takedowns and succeeded on none. Meanwhile, Nunes scored six takedowns of her own across the five rounds of action. 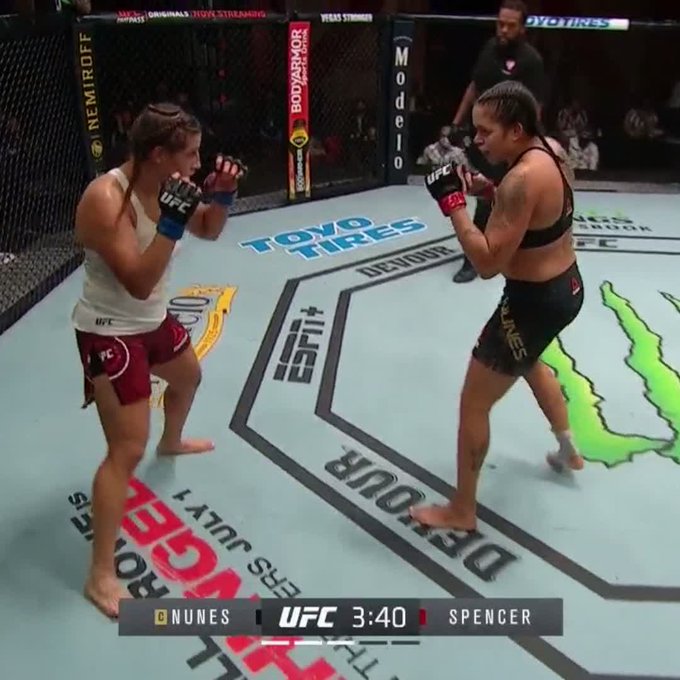 🏆🏆 @Amanda_Leoa punches the mouthpiece out of Spencer’s mouth. #UFC250 pic.twitter.com/k0N4wN56Nw

As the minutes ticked by, Nunes’ strikes left Spencer with cuts under her eyes and on her scalp as well as a massive hematoma on her forehead. Spencer was incredibly tough in hanging in through the fight, trying from the opening bell to make something happen, but there is no one in MMA on Nunes’ level.