There have been unconfirmed reports of a tornado earlier in the evening in the Glencoe and Belmont areas, causing damage to some structures.

Had the pleasure of seeing this fun stuff outside of Glencoe 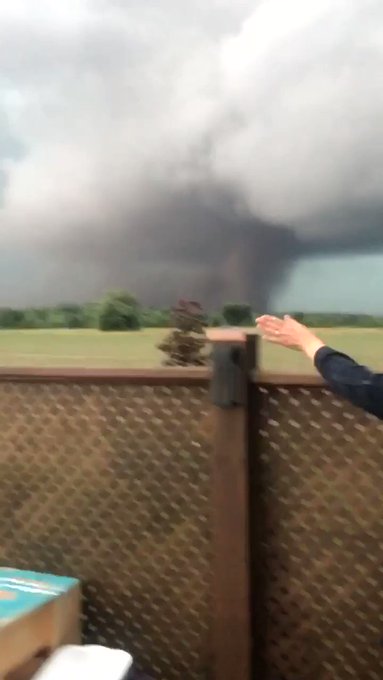 39 people are talking about this

High winds and heavy rain have ripped across Southwestern Ontario as a result of a large system that moved across the region Wednesday evening, knocking down trees and producing hail in some cases.

The weather agency says wind gusts up to 100 km/h and torrential downpours between 25 to 50 mm of rain in under an hour are possible, along with two cm of hail.

The thunderstorms are expected to move to the east by 11 p.m.

In London, emergency crews are dealing with several blocked roads because of downed trees and hydro wires.

There are no reports of injuries or deaths.