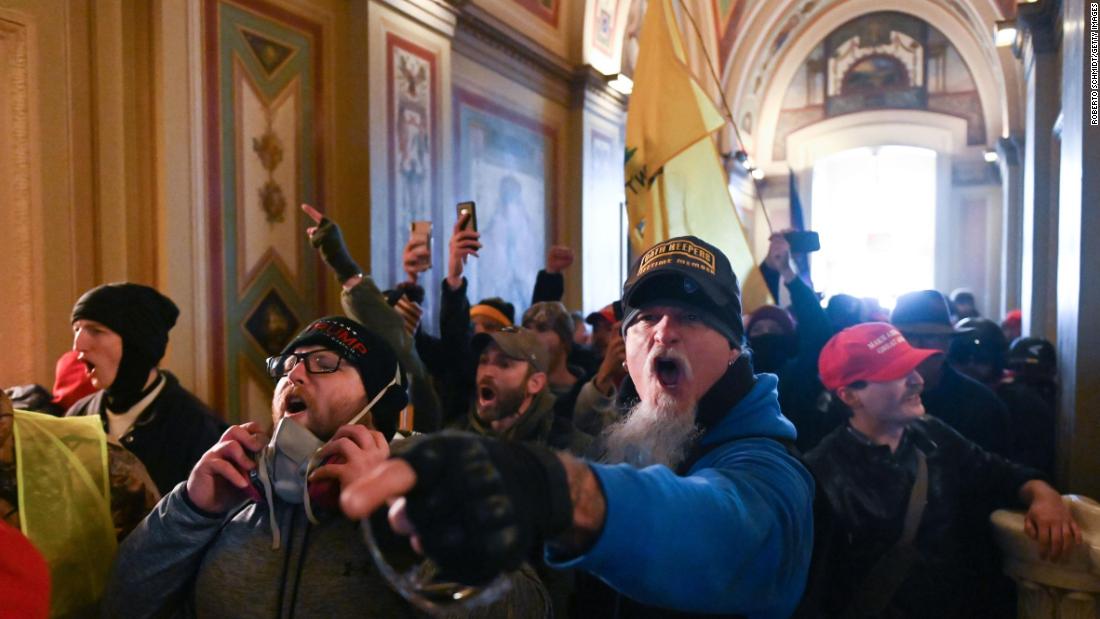 (CNN)The Brute. The Buck. And, of course, the Thug.

Those are just some of the names for a racial stereotype that has haunted the collective imagination of White America since the nation’s inception.
The specter of the angry Black man has been evoked in politics and popular culture to convince White folks that a big, bad Black man is coming to get them and their daughters.
I’ve seen viral videos of innocent Black men losing their lives because of this stereotype. I’ve watched White people lock their car doors or clutch their purses when men who look like me approach. I’ve been racially profiled.
It’s part of the psychological tax you pay for being a Black man in America — learning to accept that you are seen by many as Public Enemy No. 1.
But as I’ve watched three separate trials about White male violence unfold across the US these past few weeks — the Kyle Rittenhouse trial, the Ahmaud Arbery death trial and the civil case against organizers of the 2017 Unite the Right rally in Charlottesville — I’ve come to a sobering conclusion:
There is nothing more frightening in America today than an angry White man.

Kyle Rittenhouse carries a rifle in Kenosha, Wisconsin, on August 25, 2020, during a night of unrest following the police shooting of Jacob Blake. Rittenhouse shot three people, two fatally, that night but was acquitted this week after claiming self-defense.
It’s not the “radical Islamic terrorist” that I fear the most. Nor is it the brown immigrant or the fiery Black Lives Matter protester, or whatever the latest bogeyman is that some politician tells me I should dread.
It’s encountering an armed White man in public who has been inspired by the White men on trial in these three cases.
Here’s what legal experts say helped acquit Kyle Rittenhouse

The US’ legacy of White male violence

I’m not suggesting we start racially profiling White men. The vast majority of White men are no menace to society.
Countless White men swallowed tear gas and braved rubber bullets while marching with demonstrators during last year’s protests over the murder of George Floyd. Plenty of White men — like the Rev. James Reeb, a White Unitarian minister — died for Black people during the civil rights movement.
There is nothing inherently violent about White men, or any human being.
But recent events have convinced me it’s time to put another character on trial: A vision of White masculinity that allows some White men to feel as if they “can rule and brutalize without consequence.”

Demonstrators during a protest outside the US Capitol in Washington on January 6, 2021.
This angry White man has been a major character throughout US history. He gave the country slavery, the slaughter of Native Americans, and Jim Crow laws. His anger also helped fuel the January 6 insurrection at the Capitol.
It’s this angry White man — not the Black or brown man you see approaching on the street at night — who poses the most dangerous threat to democracy in America.
That’s a sweeping claim. But these trials represent something bigger than questions of individual guilt or innocence. They offer a disturbing vision of the future, and a choice about what kind of country we want to live in.
The facts of the trials are well known to many Americans.
In Wisconsin, a jury found Kyle Rittenhouse not guilty of all charges in the shooting deaths of two men and the wounding of another during a racial protest last year. Rittenhouse, who was 17 at the time, said he was in Kenosha during the protests after the police shooting of Jacob Blake to help protect property. He said he shot the men in self-defense.
In Georgia, three White men are accused of chasing and killing Ahmaud Arbery, a 25-year-old Black man, last year while he was jogging. The men say they were trying to conduct a lawful citizen’s arrest, and the man who shot Arbery says he acted in self-defense.

Defendant Greg McMichael listens during the trial over Ahmaud Arbery’s shooting death on November 8, 2021, in Brunswick, Georgia.
And in Virginia, a civil trial is underway to determine if organizers of the “Unite the Right” rally intended to incite racial violence. One person was killed and dozens injured there after White supremacists clashed with counter-demonstrators.
Race is an inescapable theme that runs through all the trials. At the center of each are White men who are accused of using unjustified violence, either against an unarmed Black man or during racial protests. In Rittenhouse’s case, a jury cleared him of criminal wrongdoing.
It’s what’s happening outside these courtrooms, though, that is most frightening. It suggests these trials are a symptom of a dangerous shift.
Facebook
Twitter
Pinterest
WhatsApp