The problem with celebrating the 19th Amendment

When Tennessee ratified the 19th Amendment in 1920, Alice Paul, head of the National Woman’s Party, unfurled the ratification banner from the party’s headquarters.

Treva B. Lindsey is associate professor of women’s, gender and sexuality studies at The Ohio State University. She is the author of “Colored No More: Reinventing Black Womanhood in Washington, D.C.” and the co-author of “The Complicated Struggle for Woman Suffrage,” a scholarly discussion guide for the League of Women Voters Ohio. The views expressed here are hers. Read more opinion on CNN.

(CNN)On August 18, 2020, many across the nation will celebrate the 100th anniversary of the ratification of the 19th Amendment to the United States Constitution; on that date, the state of Tennessee became the 36th and final state to vote in the amendment’s favor. Often heralded as the historic moment in which American women were finally granted the right to vote, these centennial celebrations will honor almost a century of suffrage activism that led to such a significant, legal victory. And while those celebrations will rightfully encompass tales of heroism, persistence, mass protests, formidable allies and powerful solidarities, far too many will overlook the virulent racism, classism and xenophobia that plagued a storied movement for women’s right to the elective franchise. 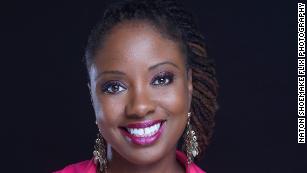 Treva B. Lindsey
The road to the 19th Amendment, without question, warrants commemoration. An uncritical celebration of its ratification, however, would be an acute misstep that fails to address the complicated legacy of the women’s suffrage movement in the US.
Typically demarcated as commencing at the 1848 Seneca Falls Convention and ending with the passage, ratification, and adoption of the 19th Amendment, the women’s suffrage movement as fully understood reaches further back into American history and continues forward from 1920, through the passage of the Voting Rights Act of 1965. Prior to the American Revolution, property-owning women in some of the Northern colonies could vote. When these colonies became states, they stripped the right to vote from women. In 1807, New Jersey became the last state to limit the elective franchise to men. By the mid-19th century only white adult men throughout the country could vote.
Although Seneca Falls was the first women’s rights convention, some of the questions posed and resolutions drafted at this historic gathering stemmed from abolitionist activism through involvement in anti-slavery associations. White abolitionist women such as the Grimké sisters Sarah and Angelina, Lucretia Mott and Elizabeth Cady Stanton spoke out against slavery and began to make connections between abolition and women’s rights. Seneca Falls brought together those invested in the struggle for women’s rights and those fighting for the abolition of slavery, with some advocating for both causes. 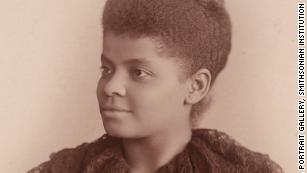 Vintage photos show the unsung heroes of the US suffrage movement
While Frederick Douglass, a noted Black abolitionist, orator and writer attended, Black women weren’t present at Seneca Falls — but their voices and perspectives on women’s rights, which for them necessarily included the abolition of slavery, are part of the long history of suffrage activism as well. Both interracial cooperation as well as tensions stemming from anti-Black racism and anti-immigrant sentiments existed in the woman suffrage movement from its inception. The tensions between White suffragists and suffragists of color, primarily African American women, intensified post-Emancipation and after the passage, ratification and adoption of the 15th Amendment to the Constitution, which prohibited the federal government and each state from denying a citizen the right to vote based on that citizen’s “race, color, or previous condition of servitude.”
The last of the aptly named “Reconstruction Amendments” effectively enfranchised men of color in 1870 and left women of all races without the elective franchise. Notably, this Amendment was rendered nearly meaningless for newly enfranchised African American men in the years after its passage due to Black Codes as well other forms of Jim Crow era legal and extralegal voter