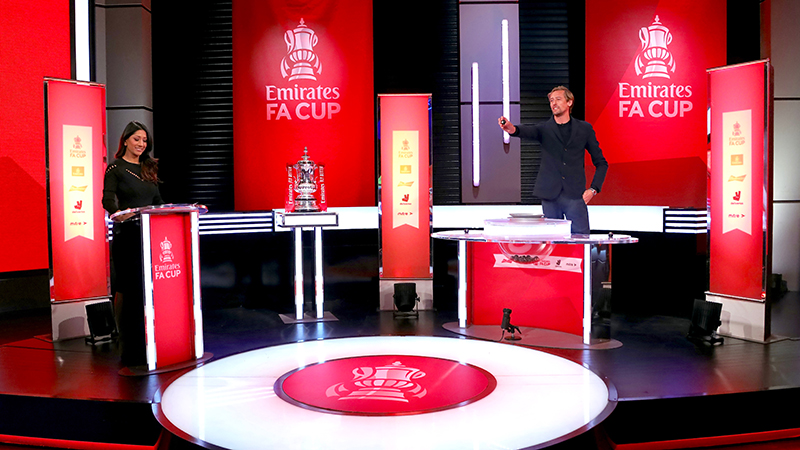 February 12, 2021 0 By Hitz
The Emirates FA Cup quarter-final draw was made at the BT Sport studios in east London

The draw for the Emirates FA Cup quarter-final was made on Thursday evening, at BT Sport’s studios in east London.

With former England international Karen Carney drawing out the balls following Southampton’s victory over Wolverhampton Wanderers at Molineux, the four ties will take place across the weekend of 20-21 March 2021.

And the Saints will face a local derby, as they were handed a trip along the South Coast to play neighbours AFC Bournemouth. There’s also an all-north west tie at Goodison Park, with Everton taking on Manchester City.

Leicester City will also play hosts in the last eight, with Manchester United drawn out for a trip to the King Power Stadium.

Victory over Barnsley saw Chelsea become the eighth and final team into the quarter-finals, with another South Yorkshire side in their sights as they prepare to face Sheffield United at Stamford Bridge.

The quarter-final schedule will be released in due course, following talks between clubs, broadcasters and local authorities.

Chelsea boss Thomas Tuchel said his side failed to show “enough courage” in their narrow FA Cup win over Championship side Barnsley.