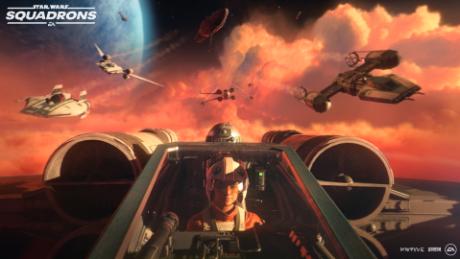 It’s time for a new entry in the Star Wars gaming universe. Electronic Arts, Motive Studios and Lucas Film just unveiled Star Wars: Squadrons, a new title with both a single-player story and a multiplayer component.

Squadrons will feature space dogfights throughout the “Star Wars” universe. It takes place following the events that unfold in Star Wars: Return of the Jedi, which means you’ll duke it out during the final days of the Galactic Empire, right before the dawn of the New Republic. Squadrons will launch on October 2, but preorders are open for Xbox One, PlayStation 4, PC and VR.

You’ll become a starfighter pilot tasked with flying many of the most iconic ships from both the New Republic and Imperial fleets, which assuredly will include ships like the X-Wing and the TIE Fighter. There will be plenty of opportunities to engage in combat with enemies in Fleet Battles, Dogfights, and additional modes of play across a variety of locations, like the fragmented Galitan moon and the massive Yavin Prime.

You can expect 5v5 multiplayer combat, full-scale fleet battles and an original story to tie it all together. The single-player campaign will include a saga that follows the Battle of Endor, following the Rebel Alliance’s destruction of the Death Star II.

It will provide perspectives from the alternating viewpoints of two customizable pilots. One hails from the Galactic Empire’s Titan Squadron, while the other is from the New Republic’s Vanguard Squadron. You may find plenty of familiar “Star Wars” faces along the way as well, but EA is being reticent about who that might include. 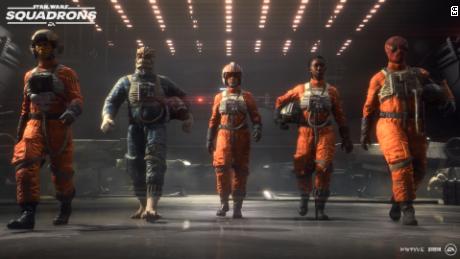 In addition, much like with Star Wars Battlefront II, you’ll have plenty of options to customize your starfighters and pilot with cosmetic and performance upgrades. These will come in the form of weapons, engines, hulls, and shield upgrades, in addition to items that can be used to customize the cockpit, ship exteriors and more. It appears these customization items will be offered through ranking up.