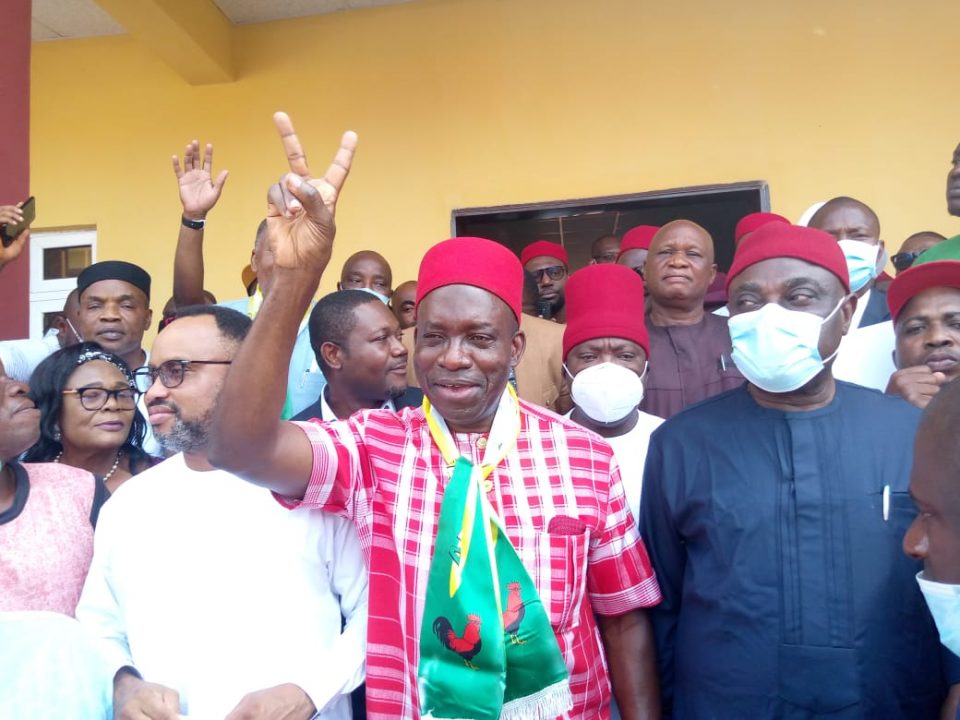 A former Chairman of the Police Service Commission, Chief Simon Okeke, has advised the Anambra State governor-elect, Prof Chukwuma Soludo, to avoid certain politicians in the state if he must succeed.

Okeke who spoke to journalists at Amichi, in Nnewi South Local Government Area of the state, expressed optimism that Soludo would use his knowledge and connections to transform the state.

While congratulating Soludo, Okeke advised him to learn from former governors who failed because they listened to selfish politicians; as well as those who succeeded by avoiding greedy politicians.

He said, “For Soludo to succeed in his administration, he must avoid greedy and rapacious politicians who would be hovering around him and advising him to share money meant for the development of the state.

“Soludo has worked with me. He is a gifted and practical person and I am hoping that his gift will translate into reality in governance as was the case when he was given the chance to be the Central Bank Governor where he consolidated the banking sector.

“He promised to make Anambra the Dubai of Nigeria and I believe he will make a difference by taking the state higher. Anambra has been lucky, each successive governor performing better than his predecessor. On that premise, it is the hope of every citizen that nothing less will be expected from him.”

On alleged huge state’s debt profile likely to be inherited by Soludo, Okeke said, “Such allegation is verifiable. But I don’t have any reason to believe he is leaving any debt behind.

“Obiano has repeatedly said to my hearing that he didn’t borrow a kobo to build the legacy airport project, neither is he owing any contractor.

“I can challenge him anytime If Soludo comes eventually to raise the alarm that he has backlog of debts. After all, he too was there when Obiano said he is not owing anybody a kobo.”