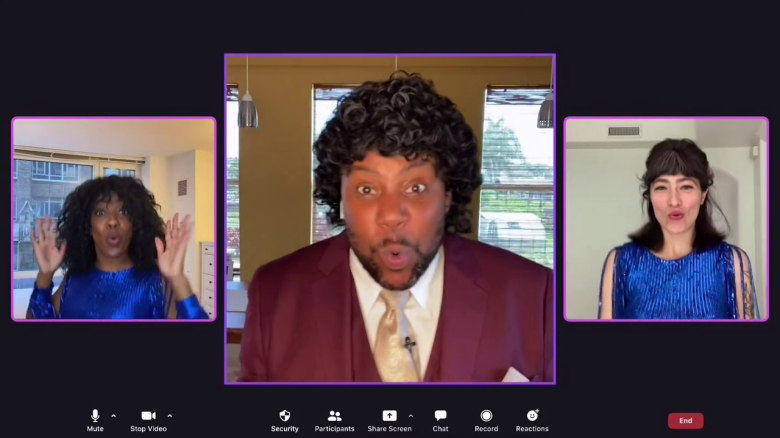 A couple of weeks ago, “Saturday Night Live” returned — sort of — with a special “SNL at Home” episode. For obvious reasons, the episode was uneven and it was clear everyone involved was just trying to figure it all out. This week marks the return of that format, and what a difference a couple of weeks has made. Notably, in terms of production quality and adjusting to the lack of a live audience. Sure, this second “SNL at Home” loses some of the disheveled charm of the first. But it feels familiar, and now like anything can happen.

Unlike the first “SNL at Home” episode, no official host or musical guest was announced during Darrell Hammond’s cast introductions. So while Brad Pitt opens things up for the episode — fulfilling the real Dr. Anthony Fauci’s “request” for Pitt to play him on “SNL” — unlike Tom Hanks, he doesn’t do an opening monologue. He does eventually introduce Miley Cyrus as the musical guest — who covers Pink Floyd’s “Wish You Were Here” — with the “SNL” set behind him.

Pitt’s cold open is also one of the best “SNL” cold opens in a very long time, as it isn’t beholden to waiting for the “woo”s to go down with every celebrity appearance and it isn’t reacting to or acting against Alec Baldwin’s Trump. Instead, it goes with the much funnier bit of Pitt’s Fauci translating Trump’s misinformation, to reacting with sheer confusion and horror. It’s comparable to Larry David’s Bernie Sanders, only with actual effort on both a production and performance level.

Kenan Thompson’s David “Big Papi” Ortiz impression is one that is surely funny to some people for reasons other than “he’s doing a funny accent,” as they know who the actual David “Big Papi” Ortiz is. This sketch takes the bit away from the Weekend Update desk and into the kitchen, and it might actually work better this way. Especially for the weirder bits like the fact that the “simple dish” being made requires so much meat. But if you’ve never known who “Big Papi” is and have no idea who Bad Bunny is, the chances of this sketch doing anything for you are slim.