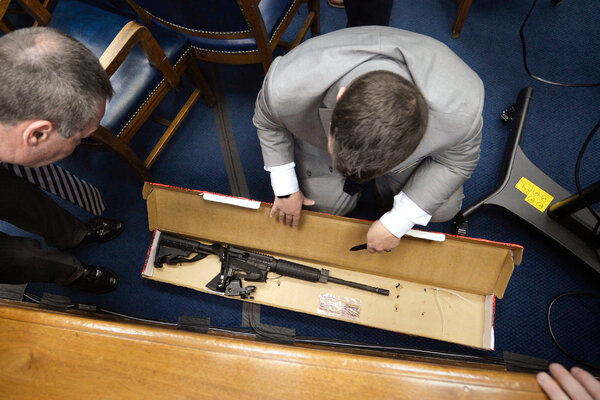 Four days before Kyle Rittenhouse was acquitted of murder, the judge in his case tossed out a charge: illegal possession of the military-style semiautomatic rifle he used to kill two people.

The withdrawal of the misdemeanor charge, which carried a maximum sentence of less than a year, was a footnote in a much bigger drama. Yet it was a telling reminder that the Rittenhouse case, in addition to examining the polarizing issues of race and the right to self-defense in the country, highlighted the growing proliferation of guns on America’s streets and the failure of efforts to enact even modest new gun restrictions.

While the government remains mired in stalemate on gun control, weapons purchases are at record levels: The run on ammunition has become so frenzied that gun shop owners have had to turn away hunters heading out for the winter big-game season. A spike in the firearm-related homicide rate during the pandemic has overwhelmed local police departments, and the proliferation of homemade firearms, “ghost guns,” has reached epidemic proportions in California.

Gun control advocates thought they would make some headway under President Biden but have faced a backlash.

For the advocates, there have been some gains, including a pending ban on the online sale of kit guns and $5 billion in new violence prevention funding that was included in the social spending passed by the House hours before the verdict was announced. But congressional Republicans have blocked efforts to expand federal background checks on gun purchasers and restrict the sale of semiautomatic guns, or even to confirm a permanent director for the Bureau of Alcohol, Tobacco, Firearms and Explosives.