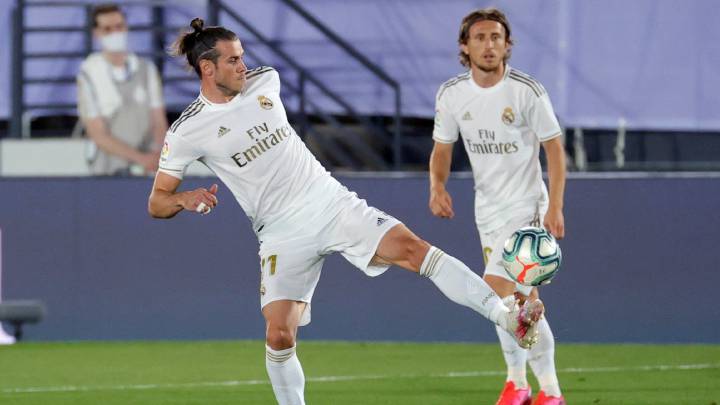 Courtois: Efficient. The Belgian did his job in the first half when he was called upon to save from Lago Junior. Did well to cut out a few passes in behind when needed in the second half. Another clean sheet as he chases the Zamora trophy – 7.

Carvajal: Good contribution in attack from the defender and did well defensively too. He created the chance for the first goal by stealing the ball off Dani Rodriguez even if there was a hint of a foul – 7.

Varane: Forced to keep a very close eye on dangerous Budimir and did a good job overall. Mallorca’s objective was to get the ball to Budimir and the French defender prevented him from having a big influence – 7.

Ramos: The game let Ramos shine and he was very involved throughout. Lovely free kick to put the game beyond Mallorca – 9.

Mendy: His understanding with Vinicius is getting better and does need some work. Vinicius worked hard and that allowed Mendy some more freedom on the wing too. Lovely cross into Benzema for the first effort and had a good battle with Pozo on a couple of occasions – 8.

Valverde: The Uruguauan covered Casemiro’s position and that entailed a more tactically rigid performance. He did well even though that position tends to curb his best qualities. Effieicnt on the ball and tried to move it forward when he could – 7.

Modric: Modric dictated the speed of the game from the middle. He had the entire centre of the field to roam in freely. Lovely flick to put Vinicius through on goal for the first goal. He saw yellow and will miss the Espanyol game. Replaced by Isco after 71 minutes – 7.

Bale: Tried to get involved in the first half and looked keen to score. His influence waned though as the game progressed. Replaced by Asensio after 71 minutes – 6.

Hazard: The Belgian played in a position he is not comfortable in, behind the striker. Replaced by Kroos after 62 minutes after a very tepid display – 6.

Vinicius: Carried the weight of Madrid’s attack all night. For the goal, before the goal and after the goal. He has a burst of speed that frightens defenders and troubled Mallorca all night. Hit the crossbar after scoring the opening goal and looks dangerous all night. Worked hard defensively too and seems to be getting up to speed after the break, growing in confidence by the game. Left the field for Brahim after 83 minutes and a very solid night’s work – 9.

Benzema: A quiet night for his increasingly high standards. Showed that it doesn’t take much for him to create some magic after the pass to Vinicius that saw the Brazilian clip the crossbar. Left the field for Mariano after 83 minutes – 7.