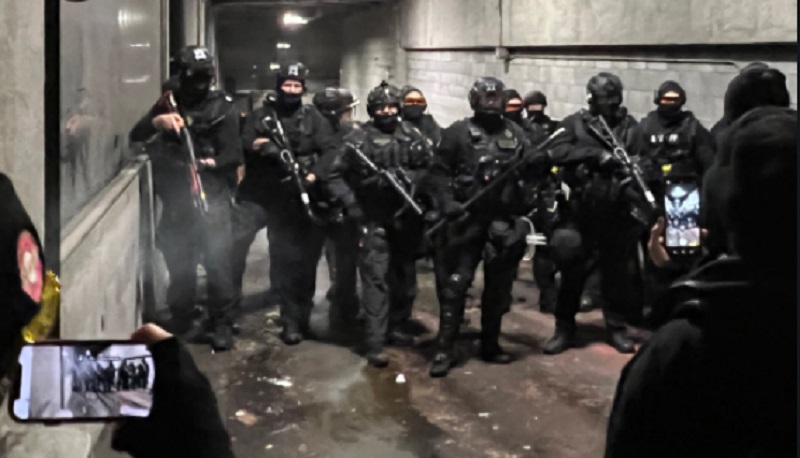 Hardesty said she was still learning the full details of what happened “but want to make it clear that attacking or intimidating the press is never acceptable, such as what happened to a KATU crew last night (Friday night),” Hardesty continued. “I’m thankful to see reports the crew were uninjured and want to express my appreciation to those in the media doing their job under difficult and tense circumstances.”

Mapps said he appreciated the journalists at KATU who were attacked and assaulted while reporting.

“Another night of senseless violence and vandalism,” Mapps said in a statement. “Thank you, Portland Police Bureau and Multnomah County Sheriff’s Office, for intervening before things got out of control.

“To those who continue to engage in unlawful destruction and political violence, know this: You will not be remembered as heroes of a movements but as villains in the story of Portland’s recovery,” he said. “This cannot continue. Portland deserves better.”

In a statement Saturday afternoon, Portland Police Association President Sgt. Aaron Schmautz said,
“We cannot suffer the whim of a small, riotous mob bent on destruction. Instead, these violent actors must be held accountable.”

He called for PPB to be fully staffed and able to work with all “to bring solutions to the table.”