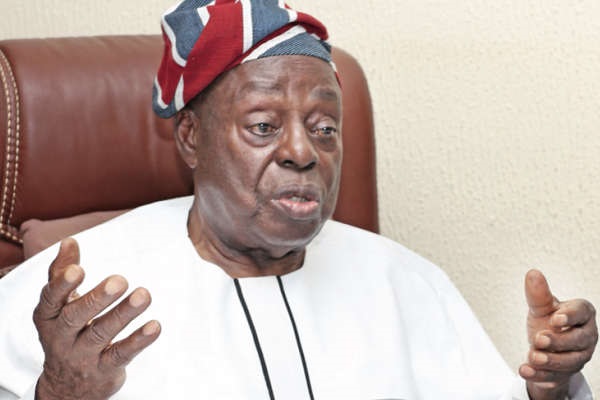 Babalola made the call on Sunday at the 9th Convocation ceremony of ABUAD.

The News Agency of Nigeria (NAN) reports that the institution at the convocation conferred honorary doctorates on Gov. Babagana Zulum of Borno, the Ooni of Ife, Oba Adeyeye Ogunwusi, the Ewi of Ado Ekiti, Oba Rufus Adejugbe and the Emir of Ilorin, Alhaji Ibrahim Sulu Gambari.

Babalola, a legal luminary, called on the Economic and Financial Crimes Commission (EFCC) and the National Universities Commission (NUC) to as a matter of urgency ensure the arrest and prosecution of those involved in the operation of illegal universities in Nigeria.

He said the call became necessary in order to safeguard the nation’s education system from imminent collapse.

The ABUAD founder urged the NUC to be strict and thorough in regulating the establishment of ivory towers in Nigeria.

He advised the commission to stop the creation of what he termed “mushroom institutions“ that are destroying the system.

Accordiing to him, many of such universities are found to be unsustainable after the governors might have relinquished power.

“Most disappointedly, the National Assembly for some time now approved the establishment of one-subject university in members constituencies.

“One remembers the fate of state universities established by some governors in their localities, which were not sustainable after they left power.

Read Also: How University of London laid foundation for my greatness — Afe Babalola

“I call these universities political universities. I call on NUC, which in law is authorized to approve establishment of universities, to ensure that the conditions laid down in law are strictly followed.

“The NUC on its website had been publishing names of illegal universities annually. This means no action had been taken against those which were discovered the previous years.

“The damage done to education by these illegal universities is irreparable.