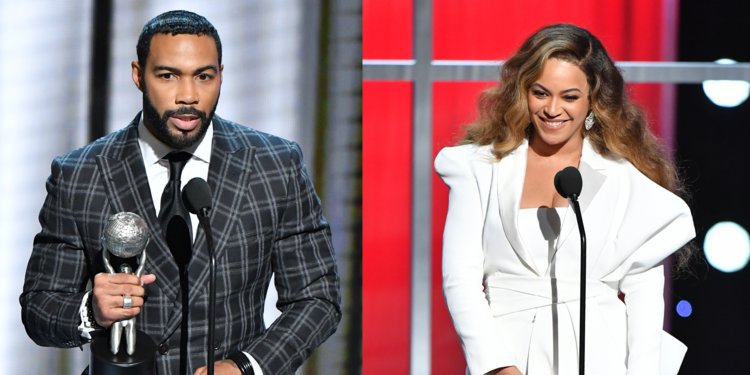 “Power” actor Omari Hardwick is facing backlash online after he kissed Beyoncé on the cheek twice at the NAACP Image Awards on Saturday.
Video showed that during their greeting, Hardwick kissed Beyoncé on the cheek, then hugged her, then kissed her on the cheek again, close to her mouth.
People on social media criticized Hardwick for the greeting, with one person saying a “respectable handshake” would have been better.
Another wrote, “2nd kiss was unnecessary & uncomfortable. Don’t do that again. We women so often get touched, kissed, groped & poked in instances exactly like this (at an event, at work, etc). WE DON’T LIKE IT.”
Some people said that Hardwick did not overstep any boundaries, and instead said it was just an awkward interaction.
“The video of Omari Hardwick and Beyonce is definitely awkward as hell, but I think that’s it. An awkward interaction. I don’t get what this extra stuff is all about,” wrote one Twitter user.
Another wrote, “I really gotta mute Beyoncé & Omari, y’all really be going overboard.
Beyoncé was honored with the Entertainer of the Year award at the event, beating Chadwick Boseman, LeBron James, Regina King, and Ryan Coogler.
Hardwick won an award for Outstanding Actor in a Drama Series for his role in the Starz show “Power,” beating out Jason Mitchell, Keith David, Kofi Siriboe, and Sterling K. Brown.