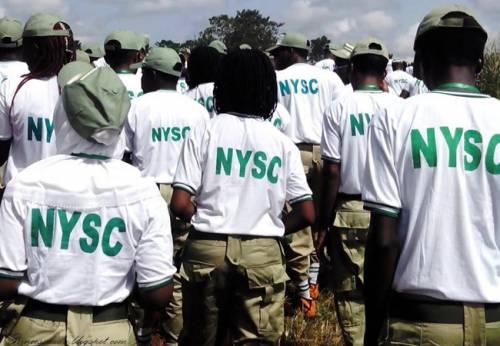 Many Corps members in the country are drug addicts – NYSC

The National Youths Service Corps NYSC, Wednesday, raised the alarm that many of the corps members in the country are drug addicts.

The workshop’s theme was ‘Optimizing the NYSC/ Corps employers Partnership for National Development in the context of the New Normal.

Ani expressed worries over the rate at which Corps members were involved in drug abuse in the country.

Stakeholders who attended the workshop while speaking complained that many of the corps members deployed in their establishments for their primary assignment engaged in various acts of drug abuse and smoking of Indian hemp.

Responding, Ani said ” for the Corps members that take weeds, I need to let you know that NYSC is doing so much. Many of our Corps members are drug addicts.

“I am talking out of experience. When we go to camp, we start from day one to tell them that if they were into it, it was an opportunity for them to drop such habits.

“In this our very last orientation, we had one that was suffering from withdrawal syndrome. We were managing this boy and he was eagerly wanting to take more.

“As a matter of fact, when we are going to the orientation camp, we take so many collaborative agencies including NDLEA, counsellors, people who talk to the ones that are really into this( drug addicts).

” Even Known seasoning cubes that you and me use in cooking. These children will put it inside Lacassera, drink it and they are high.

“In the scheme, we counsel them, and we keep talking to them every morning.

“Another female corps member brought over one hundred tablets of Diazepam drugs to the camp.

“So the issue of drug abuse is getting alarming. Some will wake up in the midnight and be shouting , they will refuse to close their mouths till daybreak, disturbing others.

“We keep telling them that if they are into drugs, they should drop it outside before entering orientation camp within three weeks and once they could achieve that, they could live a normal life.

“So when you have such in your employment, please, let them become your own children, help them because so many of them are into drugs, that is the truth.”