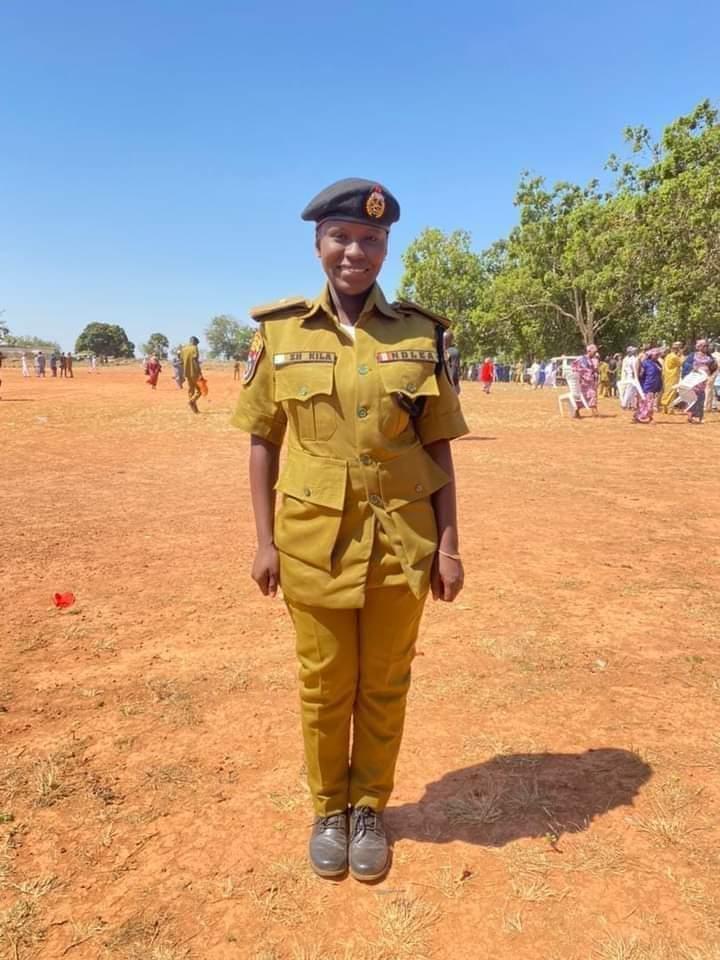 Zainab Habib Kila, the young girl of Jigawa State extraction who spent months in a Saudi Arabia jail in 2019 after being framed for drug peddling, has been commissioned as an Assistant Superintendent of Narcotics ( ASN) of the National Drug Law Enforcement Agency ( NDLEA).

Zainab was released from a Saudi prison on the 30th of April, 2019, when it was discovered that she did commit the crime but was framed up.

The 25-year-old was among the newly commissioned officers of the NDLEA that passed out from the agency’s academy in Rikkos, Plateau state.

After successful completion of the course, Zainab was decorated with a star as Assistant Superintendent of Narcotics (ASN).

According to Zainab, she decided to join the NDLEA and contribute her quota in the fight against illicit drugs, because of the misfortune that befell her in Saudi Arabia.

She said ” what happened to me in 2018 was a turning point in my life, which I will never forget. I’ve decided to contribute my quota in the fight against illicit drugs in Nigeria.”

“I was framed up, accused of peddling hard drugs. Now that I will commence work, I will make sure that investigation is done properly so that innocent persons are not implicated,” she said.

The graduate of Yusuf Maitama Sule University Kano had spent 4 months in a prison in Jeddah, where she was on death row.

However, the Nigerian authorities led by the Minister of Justice, Abubakar Malami, SAN, intensified the effort that led to her freedom.