Dennis Quaid and Laura Savoie marry in a secret ceremony 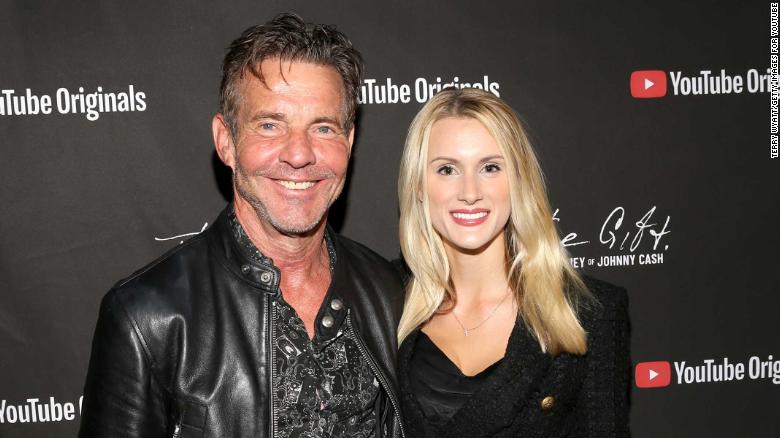 (CNN)Dennis Quaid and his fiancée Laura Savoie have made it official.

The couple surprised everyone by eloping in Santa Barbara at a seaside resort on June 2, reports People. “It was beautiful,” Quaid tells the publication.
The two were engaged last October.
They had originally planned to wed in Hawaii in April, then hold a reception in Nashville soon afterward, but they scrapped those plans after the coronavirus pandemic hit.
For their elopement, they invited their pastor as witness, and the two exchanged traditional vows. They gave each other Bulgari rings.
“Just looking into her eyes, she was the most stunning bride,” Quaid says.
The actor is currently hosting the podcast “The Dennissance” through Audio Up. He and Savoie, a doctoral student, met at a business event and began dating in May 2019. “It was love at first sight,” says Quaid.
Savoie insists she has “never met someone who is so in love with life. It’s like nothing can bring him down,” she says.
This is the fourth marriage for Quaid.
Share
Facebook
Twitter
Pinterest
WhatsApp
RELATED ARTICLES
News