Column: There’s no way relationship between Justin Turner and Dodgers could have ended

The story of the twice-discarded utility man who attained unexpected stardom with his hometown team couldn’t end now, not like this, so the 36-year-old third baseman and defending World Series champions agreed to extend a relationship that symbolized the revival of one of baseball’s signature franchises.

Turner will remain a Dodger.

The deal made too much sense for both sides to not happen. 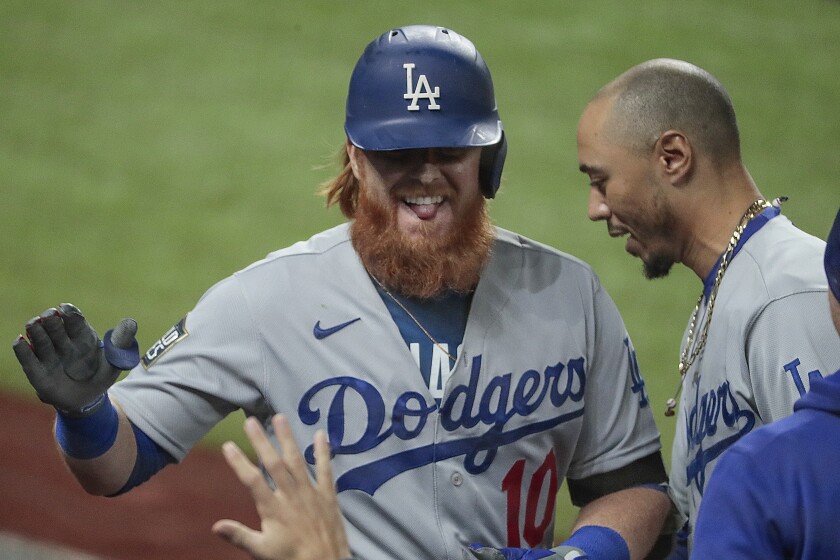 For Trump, an Escape, Not an Exoneration