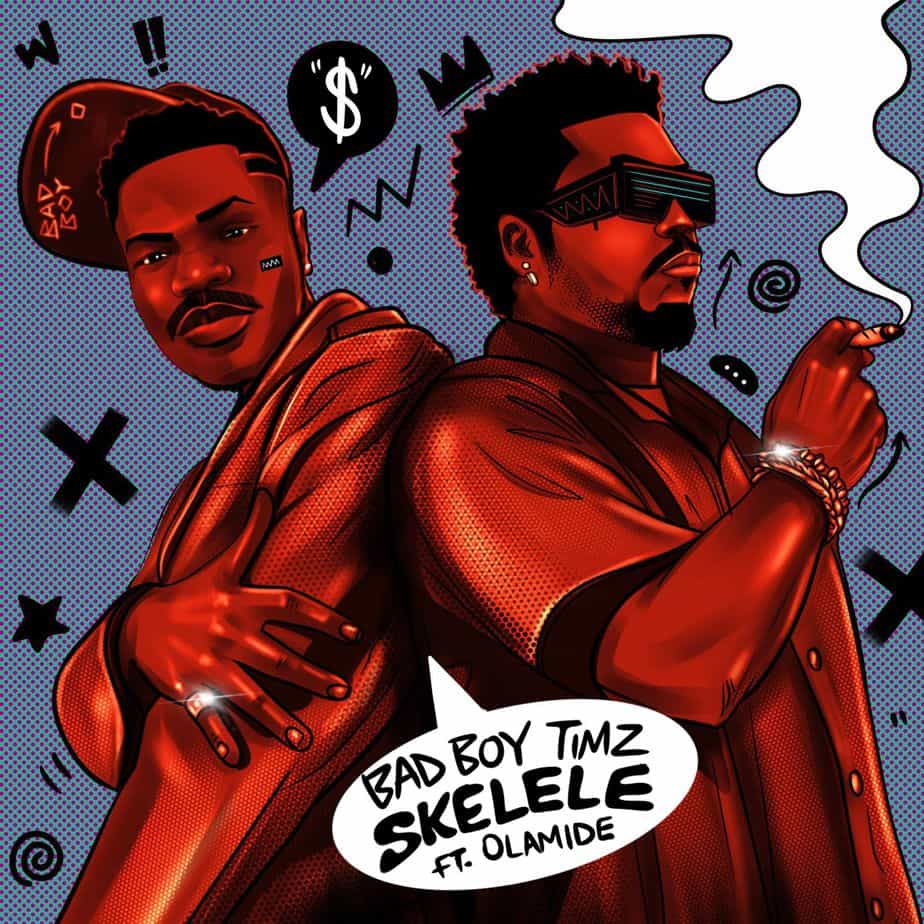 With MOVE still basking, Bad Boy Timz employs the services of Olamide Baddo to feed his fans with “Skelele“. Another Banger! produced by Semzibeatz (Banjo Semilogo).

Born Olorunyomi Oloruntimilehin, Bad Boy Timz is an Afro singer from Nigeria. His skits and freestyles for which he received nods from industry giants (including J Hus) caught the eye of the record label and early in 2019, he signed a deal with Anonymous Music. He kickstarted his Anonymous Music career with “Check and Balance”, a single that received rave reviews and it has been upwards from there. In August, 2019 he released his self titled EP ”TIMZ” which has accumulated over 10 million streams across all platforms. Bad Boy Timz has continued to blow minds. In 2020 he released a Smash hit titled ”MJ” which has since then skyrocketed his career to the top gaining over 5 million streams on the first month of release globally. Not being satisfied, he teams up with Mayorkun for a Remix of ”MJ”, and also Teni for another Remix. Same 2020, Bad Boy Timz feature on Olamide’s Carpie Diem album and created the street hit ‘Loading‘.

After the huge success of LOADING, both acts team up once again for another potential hit titled ‘SKELELE‘.