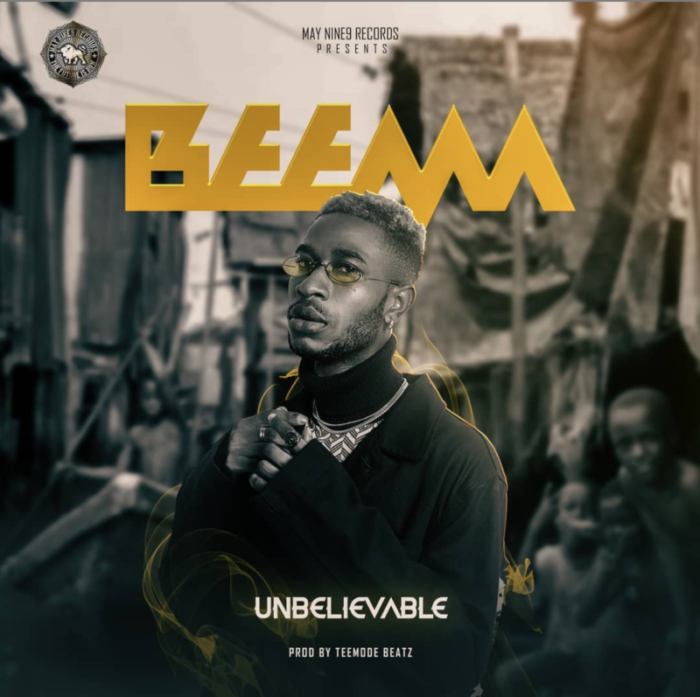 This comes a few weeks after he signed a juicy record deal with an international label, May Nine Records.

Beema, who hails from Sagamu, Ogun State has over the years horned his skills as a super talented underground artist before gaining recognition, and signing his record deal out of thousands of entry.

His new song, “Unbelievable” already touted as a smash hit song by industry pundits was produced by Tee Mode and the video was shot by “The Alien“.

Watch and listen below…..