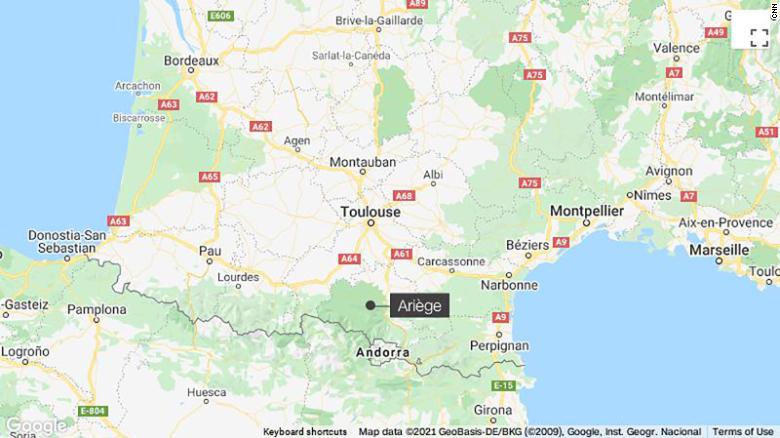 (CNN)A 70-year-old man sustained a “serious leg injury” in southwestern France on Saturday after an encounter with a bear, according to a statement from the southwestern prefecture of Ariège.

The hunter, who had been pursuing wild boars, was assisted by the high mountain gendarmerie team and promptly taken to a local hospital “in a worrying condition,” the statement said.
A spokesperson from the French Gendarmerie was unable to confirm to CNN whether the hunter shot the bear, though the statement from the prefecture of Ariège read that gendarmes had “located a bear carcass below the place where the victim was found, which could accredit the thesis of an accident linked to the encounter between the man and the animal.”
A judicial investigation has since unfolded to examine the circumstances of the accident.
The largest carnivore in Europe, brown bears had nearly disappeared from France until the French government began a program to reintroduce them in the Pyrenees mountains in 1996. That year, French authorities started to import bears from Slovenia belonging to the same species as Pyrenean bears and release them in the southwestern mountain chain.
According to a report from the Brown Bear Network, part of the French Office for Biodiversity, there were 64 brown bears in the Pyrenees last year, all descendants of Slovenian bears reintroduced over the years.
Enter your email to sign up for CNN’s “Meanwhile in China” Newsletter.
close dialog
Facebook
Twitter
Pinterest
WhatsApp